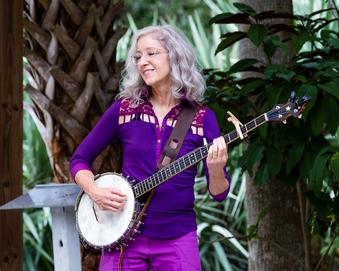 Pamela Jo Hatley is a lifelong musician with broad and eclectic musical interests. Born and raised on a family farm in the foothills of the Appalachians, Pamela Jo was surrounded by music from childhood. Some of her earliest memories are of herself as a five-year-old singing along with 78-rpm records, or with her dad playing guitar. Pamela Jo grew up immersed in a wide variety of music, through which she developed a love of rich harmony and chord development. Her voice is sweet and pure, accompanied by her guitar, and  banjo.

Gene, the founding member of Celtic Conundrum, is an accomplished songwriter, guitarist and singer. He has been writing since he was in his teens. An academically trained guitarist, it has been said that Gene’s guitar is also his voice. Known for his skills with 12 string acoustic and electric guitar, he  learned to play bass guitar because he  wrote the music for the bass player in a previous band.  Gene has performed in the Americas, and Europe touring as a bass player and vocalist, and guitarist  for a variety of bands and as a solo artist. 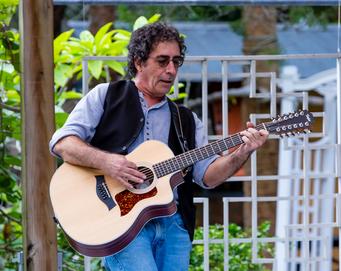 Want Celtic Conundrum at your next event? contact us 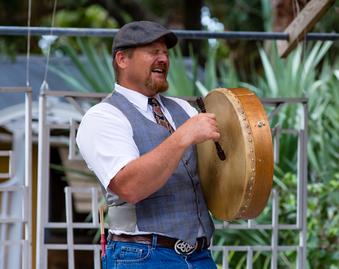 Danny O’Dell is a classically trained singer and musician, holding a BA in Music. He has performed as a singer in just about every western style of music. Danny learned to play the Bodhran as he returned to the musical roots of his heritage. Danny continued to hone his skills touring extensively throughout the USA, Africa, Russia, and Europe. Danny brings his incredible vocal skills to Celtic Conundrum, along with his skills playing the Bodhran.

We are now on Patreon!  If you would like to help support through Patreon please click here.  Your support will help us with travel to equipment and more...and you will get to see videos prior to public release and behind the scenes videos and more!

​ Celtic Conundrum brings to the stage an exciting mix of musical and vocal virtuosity with foot stomping energy! Their music is a distinctive brand of infectious, energizing, and just plain fun entertainment!​​

The band has played at Celtic Festivals, Highland Games and Festivals of many different themes, even Steampunk Festivals!  Celtic Conundrum can also, be found at Breweries. pubs or live music eateries.